Metabolic power: is it all so simple? (part 1)

A performance analysis based on metabolic power values 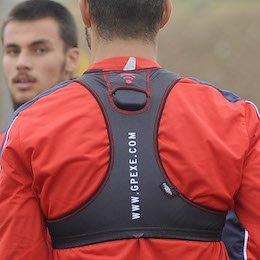 Recently the estimate of metabolic power has started playing a key role in the conditioning training of soccer players. Even though the approach we adopted has its own limitations and has been widely debated since 2005, there’s no doubt that the evaluation of metabolic power is very useful for calculating energy expenditure during phases of play characterized by frequent accelerations and decelerations. The metabolic power required for these phases can undergo significant variations and may reach peaks of 100 W∙kg-1, a value which corresponds to an oxygen demand of 290 ml /kg min and can thus be considered higher than any possible maximum value of oxygen consumption. Indeed, taking into consideration the average value of metabolic power produced during an exercise may be useful to understand its intensity.

Those who adopt this approach for the first time may find convenient to refer to metabolic power as the single parameter for some considerations concerning training intensity. Nevertheless, important data that the mere value of metabolic power is not able to emphasize might not be adequately taken into account due to oversimplification.

The analysis of a performance cannot be focused exclusively on the research of a certain average value of metabolic power, since this method may be significantly misleading. As a matter of fact, metabolic power varies according to:

Thus, it is clear that whether a player reaches or not the average metabolic power value (which is the same for all of us) is not relevant to the real effectiveness of the training.

In the next articles we’re going to tackle some fundamental issues which will contribute to clarify these concepts. Specifically, we’re going to deal with the following topics:

The second part of this article will deal with “The issue of subjectivity“.

END_OF_DOCUMENT_TOKEN_TO_BE_REPLACED

END_OF_DOCUMENT_TOKEN_TO_BE_REPLACED
We use cookies to ensure that we give you the best experience on our website. If you continue to use this site we will assume that you are happy with it.OkPrivacy policy