A performance analysis based (also) on muscle workload 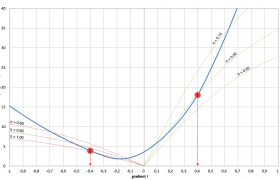 Match-related fatigue is caused by a combination of several factors that need to be managed to optimize the subsequent recovery process. In recent years the match schedule in elite soccer is particularly dense (e.g. many athletes play up to 70 official matches per year) and the training activities have to be planned accordingly to avoid any decline in physical performance and injury risk.

The use of video analysis and/or GPS systems has enabled the coach to quantify the workload sustained by the individual during matches and/or training sessions, respectively… but which kind of “workload”? Match-induced fatigue is the combination of several factors that can affect the time course of recovery. Tracking systems aim to estimate only some of these factors; as a consequence, the method used to assess physical performance is crucial for appropriately planning the recovery after exercise.

The traditional approach based on distance and time spent in speed categories fits only partially this purpose because it represents a “rudimental” measure of training volume and intensity. Several researches investigated the fatigue mechanisms and the subsequent recovery strategies focusing particularly on fluid loss, energy substrate depletion, muscle damage and psychological stress. The speed-based analysis, although relevant to describe the players’ movements on the pitch, does not provide any helpful information to understand clearly the fatigue factors described above.

Thus, in 2010 we propose an original model to assess the energy expenditure in soccer, based on the estimate of energy cost (EC) of accelerated/decelerated running along a straight path (the interested reader being referred to the original paper [1]). The aim of this approach was to estimate the “energetic workload” which, as mentioned above, is one of the causes of high-intensity capacity decrements frequently observed at the end of a match or between successive matches. This analysis allows us to summarize the physical performance of each athlete on the basis of the volume and intensity parameters briefly reported in the table below and discussed in detail in the above-cited reference [1]:

To our great surprise, in a relatively short time, several researchers began utilising this model that was soon implemented in some GPS systems (but to be quite honest, not always appropriately…). While, on one side, we are working to update and refine the metabolic analysis (which at the moment has reached an advanced stage), on the other we are developing a new method to assess the “muscle workload”, which, in our opinion, ought to yield an indirect measure of the muscle damage.
Intense activities in soccer are often characterized by changes in running speed and direction that involve many eccentric muscle contractions. However, these actions are far from expensive from the energetic point of view because the majority of decelerations are substantially “cheaper” than constant speed, let alone accelerated, running. Thus, since eccentric contractions are particularly damaging to muscle, even if not relevant from the energy demand, to describe the mechanical load sustained by the player we need another approach.

Therefore, since the force is the same in both cases, an alternative view of the same scenario is the following:

It can be concluded that muscle damage is mainly a matter of eccentric muscle contractions (or deceleration activities). Hence the main aim of the paragraphs that follow is to develop a simple approach to estimate the “muscle workload”.

The additional approach to estimate the “muscle workload” (as obtained from the mechanical analysis) is developed along similar lines as the “energetic” one (as obtained from the metabolic analysis). With this in view, the final outcome of both analyses is condensed into an assessment of intensity and volume. In addition, an appropriate index yields a measure of the accelerating and eccentric load, respectively.

In the energetic approach, the intensity (metabolic power) is expressed as the overall amount of energy, per unit of time, for exercise performance. Similarly, in the mechanical approach, the Active Muscle Power (AMP) is defined as the mechanical work performed, per unit of time, by the active muscle mass involved in the exercise. As such, the AMP allows us to describe the average “muscular” intensity for any selected period.

Finally, in addition to the mechanical parameters mentioned above, it’s essential to know the way in which the so described workload is achieved. Was the time period considered (e.g. the whole match, the full training session, a specific drill, etc.) more oriented towards the accelerations or to the decelerations? Has the muscular load had a great eccentric impact? This information is summarised by the Eccentric Index (EI) that represents the balance between the load sustained by the active muscle mass during accelerations and decelerations. The so obtained index is close to 10 during constant speed running and the values of this parameter cluster around 23 during official matches. EI will become progressively lower (tending to zero) with increasing the concentric work, as compared to the eccentric one. In the opposite situation (i.e. for eccentric phases larger than the concentric ones) EI will increase gradually (tending to infinity) as shown in figure 2.

Individual assessment of the mechanical analysis

Average values, albeit interesting, yield only a general overview of the muscular stress sustained by the athlete. In practice, however, coaches are more interested in the description of high-intensity phases. To this aim, they generally tend to obtain information about this state of affairs from the acceleration as such, regardless of the athlete’s individual characteristics. E.g., they often set an acceleration threshold, detect all the phases in which the acceleration exceeds this threshold and finally describe the number of occurrences, the time spent and the distance covered above the threshold itself.

Unfortunately, this procedure has several limitations:

The mechanical approach briefly described above can be easily implemented by integrating the individual force-velocity profile of each athlete; by doing so, it’s quite simple to describe the muscular high-intensity actions without the limits just described when utilising the acceleration as such, regardless of the athlete’s characteristics. This description, however, requires some details that, for the happiness of the reader, it’s not appropriate to include in this article (another boring article awaits you!).