Sprint running is a key factor of performance in many sports activities, not only to reach the highest top velocity but also, and most importantly in team sports, to cover a given distance in the shortest time or, to put it another way, to reach the ball before the opponent. The acceleration depends on the athletes’ ability to generate high levels of force, apply it with effectiveness onto the ground and so develop high speeds. Force and velocity are therefore considered the underpinning features of mechanical power output in sport movements.

The ability to produce high speeds depends on the athlete’s skill level. The figure 1 below shows the time course of the speed of two subjects: the yellow one is a professional sprinter and the red one is a football player. It is possible to observe the ability of the sprinter to obtain higher accelerations (i.e. the slope of the speed curve at the very beginning of the sprint) and, as a consequence, higher maximal speeds if compared to the soccer player. This is even clearer if we take into account the time course of accelerations for the same athletes (figure 2). 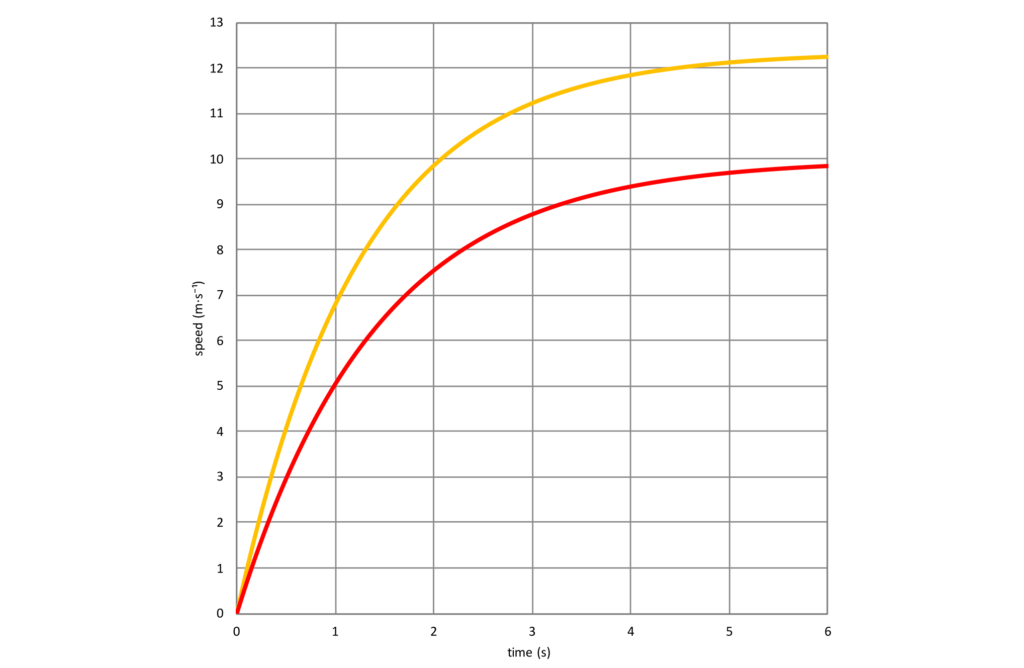 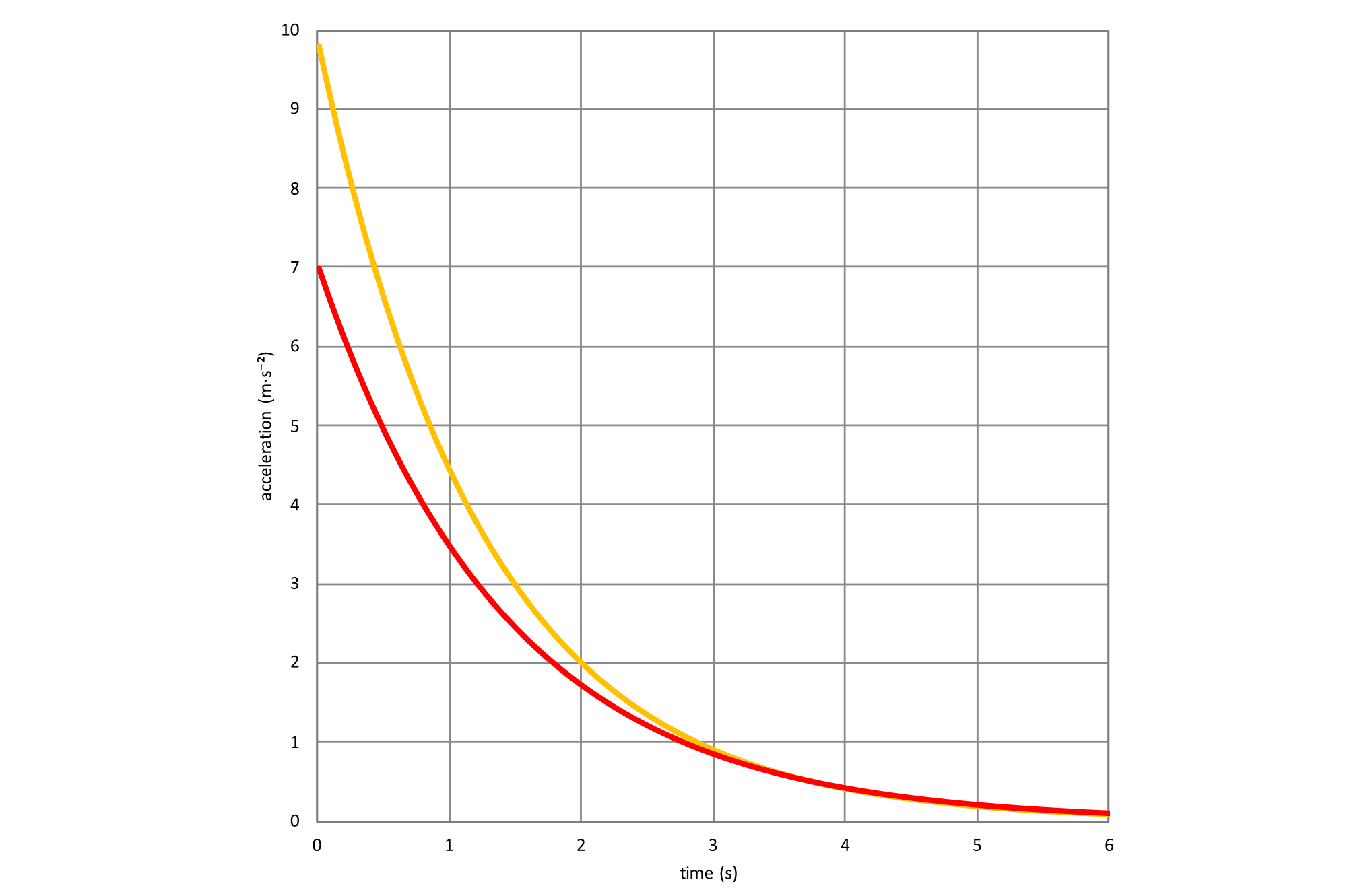 Many studies have shown how the relationship between force and velocity, for multi-joint lower limbs movements, is well described by a linear function with negative slope (1,2,3).

This relationship can be easily obtained by combining the two previous graphs, since the acceleration is linked to the force developed only because of a constant (i.e. the mass of the subject): 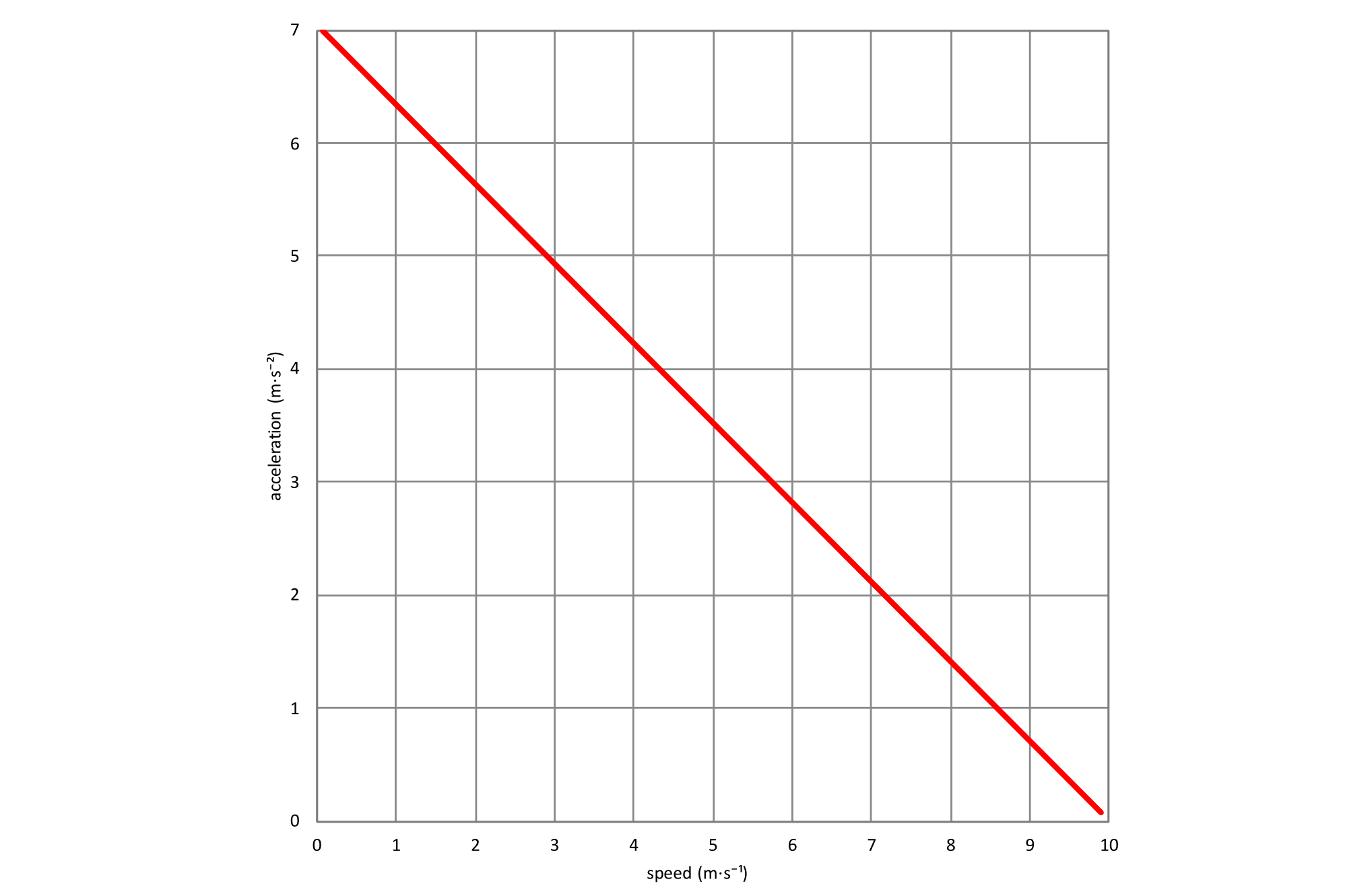 “Until a few years ago, these performance profiles could only be obtained with sophisticated and expensive equipment, i.e. complex multiple-force plate in-ground to create a composite profile of over-ground sprint running kinetics across repeated sprints.”

Furthermore, the product of force and velocity represents the mechanical power. As mentioned before, many times during the game, players are involved in activities which require maximal power (Pmax). Pmax describes the peak combination of velocity and force achieved in a given muscular task like sprint running movements.

Particularly, sprint performance has been shown to be related to the following mechanical variables, notably Pmax and V0 (4,5).

Until a few years ago, these performance profiles could only be obtained with sophisticated and expensive equipment, i.e. complex multiple-force plate in-ground to create a composite profile of over-ground sprint running kinetics across repeated sprints.

Recently some authors (6) have validated a simple field method by which it is possible to obtain the two relationships described above only through the measurement of sprint speed.

This approach models the horizontal and vertical ground reaction forces components applied to the runner’s centre of mass, and in turn the force developed by the runner onto the ground in the sagittal plane, during the entire acceleration phase of maximal intensity sprint. There are different devices which are useful to determine the individual time course of the speed (e.g. radar, laser, video-analysis). The more recent GPS technology, thanks to a higher sampling frequency than in the past, seems to be suitable for this purpose, both because it is accurate enough and, above all, does not need any kind of preliminary preparation. In addition, it is possible to test many subjects at the same time with a GPS system, a fundamental aspect for systematic use in team sports. 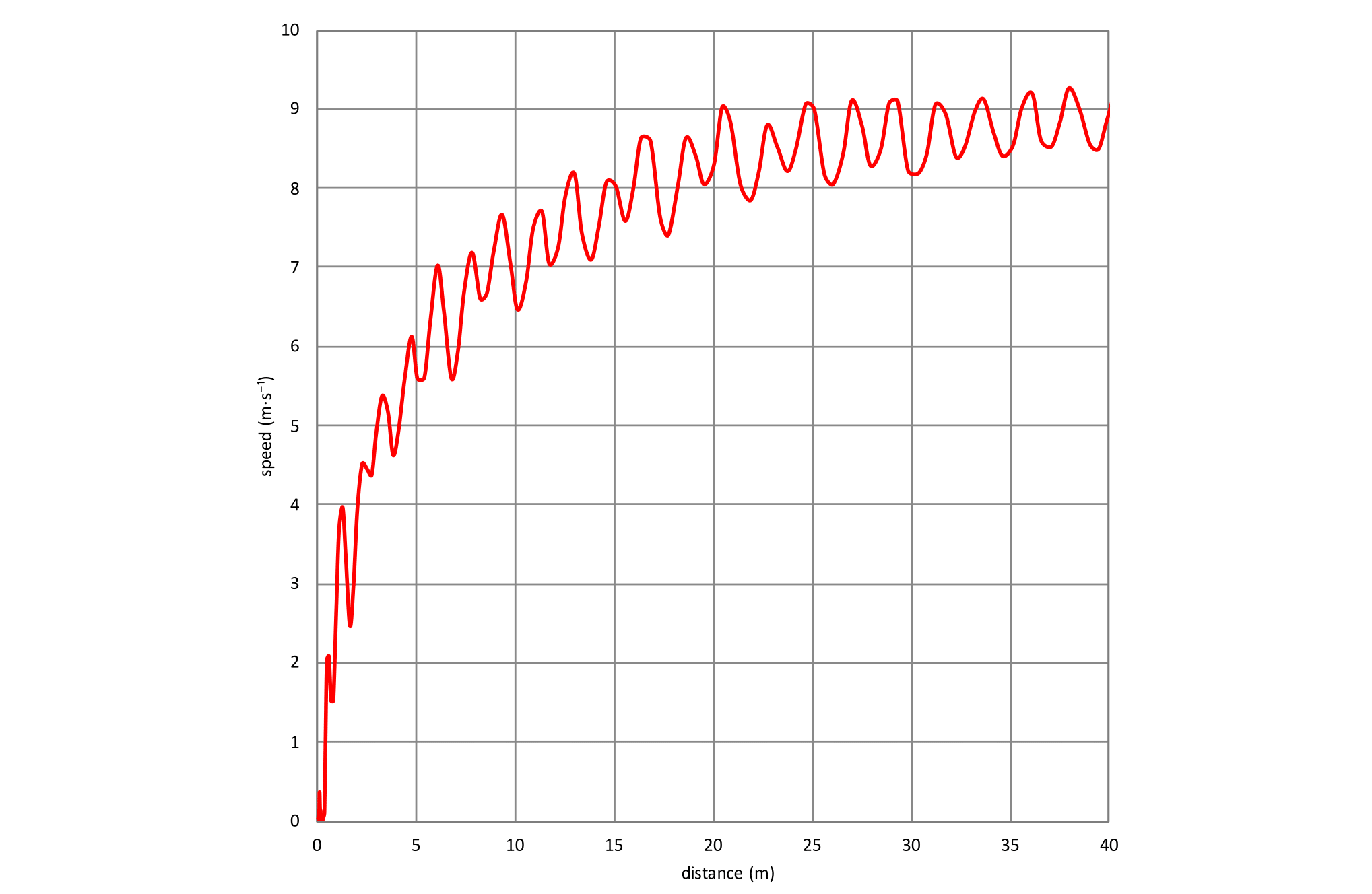 This approach has important practical applications, because the variables obtained from F–v, P–v, are key information about force, velocity, and power output capabilities of the athlete. Furthermore, they are of great interest to optimize sprint running acceleration performance by comparing P–F–v qualities of different athletes, or in the same subject during the season, orienting and individualizing training loads exercises, and monitoring training or rehabilitation.

Regarding this last point, it’s very interesting to define the condition of the athlete after an injury, in order to understand if the neuromuscular level allows the safe return to competitive play. 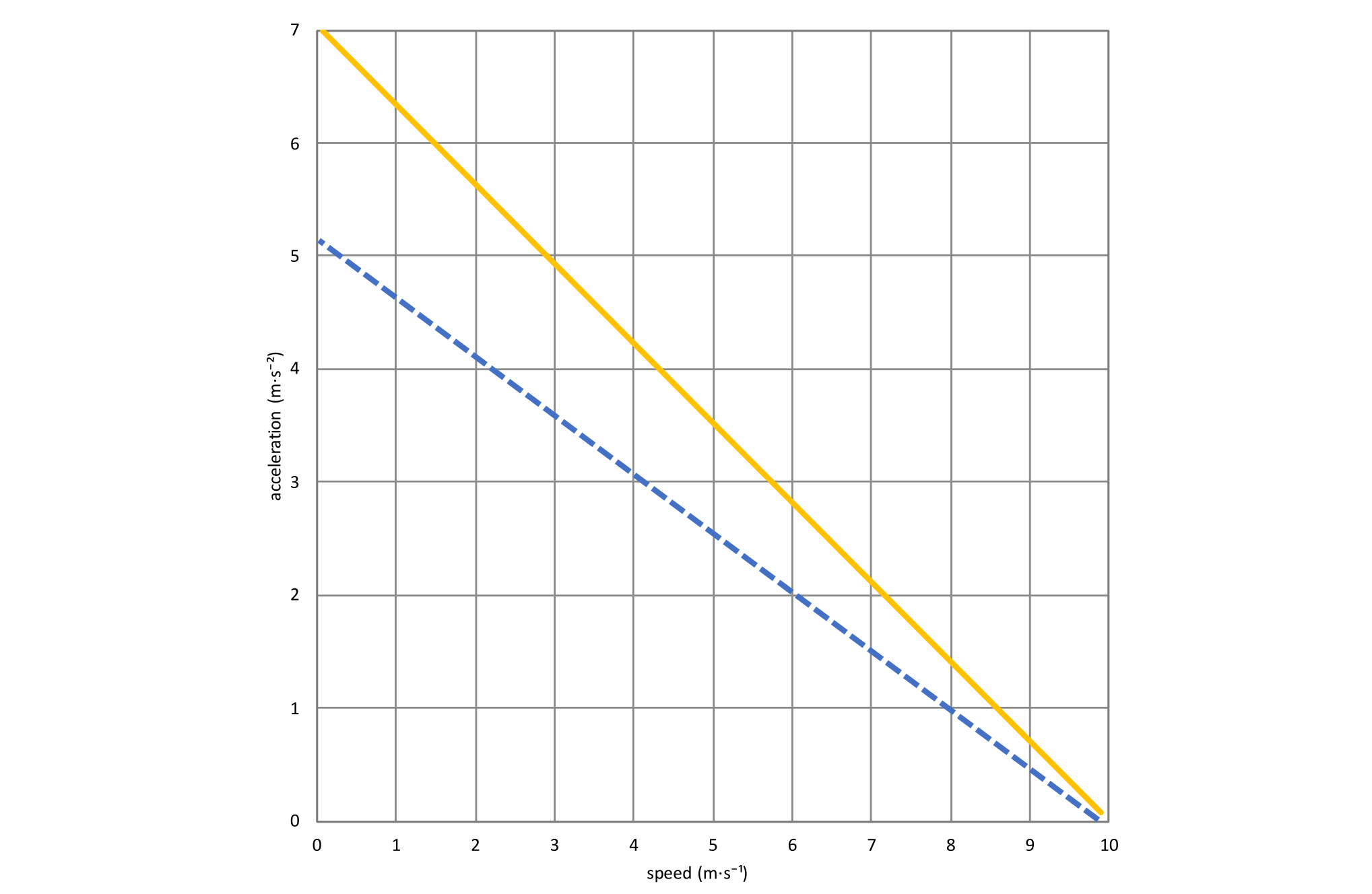 Figure 6 shows the F-v relationship pre and post-injury of a soccer player (7). There was a change in the slope of the relationship between the pre-injury (yellow line) and the post-injury (dotted line) with a decrease in F0 without change of V0.

In this case, the player, therefore, does not seems to be ready for the return to the competition because his ability to apply high levels of force into the ground at low speeds (F0) has not yet reached the pre-injury values.

We will soon discuss, in another article, some readings of the acceleration-velocity profile applied to the soccer players using gpexe system.