Fitness coach Mattia Vincenzi shares his experience of how he started using the gpexe system, initially monitoring the matches to create a model and then setting up a database of individual exercises to plan the weekly training sessions. 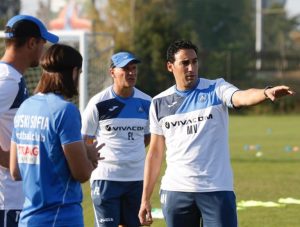 We use it every day: indistinctly, from training to matches, seeing that the open structures of the stadiums allow it.

We choose different parameters for coaches and players, and others for the fitness coaches. At the end of each session we create a report and hang it in the locker room, displaying the 8 parameters we consider the most important for the players to understand the performance:

We only started using the system this year, so we are now focused on collecting some data from official games to create an individual performance model, which depends on different factors.

For example: how was the score during the game, which was the tactical strategy, the module of the opponent, etc… Therefore, for every single player, we average the most useful parameters in order to compare them with the work they did during the week.

“we created an exercise database, so we can weekly schedule the exercise on the basis of the tactical-technical goals the coach aims to achieve”

All this, however, taking into account the coach’s specific training objectives; i.e. in a training session, the technical-tactical goals may not require power or loads comparable to the competition’s ones. In any case, there will always be a comparison of the data collected with the coach, at the end of each session, in which we will evaluate the data collected and how to proceed for the next sessions, optimizing our time. 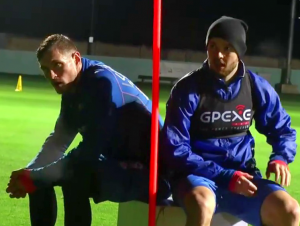 We use the live during every match, so as to have cuts every 15 minutes and averages ready at the end of the game.

The horizontal trend allows me to assess the decrease in performance during a match and there can be two different scenarios:

1 – the performance does not decrease (flat trend) because the intensities are quite low;

At the end of the match, there is a post-game analysis of the subjective and visual perceptions the coach had during the competition about both technical and physical elements. Then, we compare these perceptions with the recorded data; sometimes, for some player, it happens to find differences between our impression and his values.

We find a correlation between physical performance and the type of game for the match just ended. We created an exercises database, so we can weekly schedule the exercises on the basis of the tactical-technical goals the coach aims to achieve, taking into account the relationship between training values and game values. 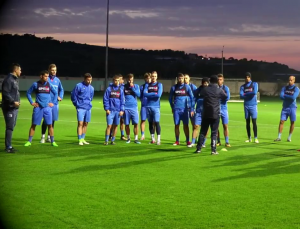 At the end of each training and match, my coworker Petar Peev and I explain the report to all players. Little by little, they have become familiar with the parameters and this allows each of them to create a personal data archive, having an idea of all the progress each one is making, comparing with the other teammates based on the position.

Then, if there is something specific to deal with, either on my part or from a specific player, because he feels the need for clarification, we have a one-to-one conversation. This helps each player understanding his personal condition.

Downloading the data and having them ready on the web app takes about 15 minutes, whilst delivering and collecting the vests for all players for about half an hour.

The data analysis takes 15-20 minutes at the end of each game and session, with the staff and all players involved. Finally, at home, I review the data more thoroughly for the necessary time.

The first time I had the opportunity to use a GPS system was in 2008. The systems at that time were relatively immature, slow, complex and inaccurate. Then, I haven’t used them for a long time. Still, when the time came to choose, I wanted a quick and easy to use the system, based on the metabolic power model (which in my opinion is the most evolved) and therefore extremely accurate.

By gathering some information and asking my colleagues from other teams, I chose yours, which, among other things, gave me the added advantage of the data storage on Cloud, that allows me to always have the data at my fingertips.