Winner of the prestigious AIPAC’s award “Cronometro di Bronzo”, as the best fitness coach in the 2016-2017 Lega Pro championship, Adalberto Zamuner talks about how he uses gpexe with Pordenone Calcio, the team which narrowly missed the Italian Cup quarter-finals against F.C. Internazionale last year and also reached the playoff semi-final valid for the promotion in Serie B. 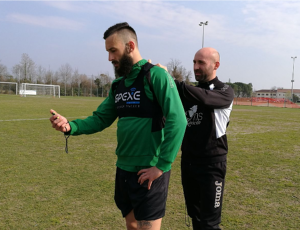 I started using the gpexe system at the beginning of last season, and it was the first GPS monitoring system I have ever used. For this reason, my first goal was to collect data both from training and matches to start making references for some exercises in terms of intensity, volume and characteristics. From this year I use it systematically in the official games only, with the players who play from the beginning.

I use it mainly for two reasons: the first is to build references for the game, and the second is to make a subjective-objective comparison with the perception I had while observing the game. What I see is very important to me, but at the same time, I am aware that I cannot follow and pick up on everything that happens, and this is why your system is very important.

There are two fitness coaches involved in the first team: Tommaso Zentilin who mainly deals with the return to play after injuries, and myself as the data analyst and head fitness coach. Since the beginning of this year, I use analysis for the games, only for the players who have been on the field for at least 85 minutes, and I consider the first and second half separately. The data I analyse is the total distance, total energy and the average speed in meters per minute, as volume parameters, then the distance covered between 20 and 35 W/kg, distance covered above 35 W/kg, the equivalent distance index (EDI) and power events as intensity values, and finally acceleration events and, above all, deceleration events to evaluate the muscle load.

Regarding the latter parameter, at the moment I’m still trying to better understand the information from the active muscle load and the eccentric index since accelerations/decelerations are easier for me to understand. I use these data to make a comparison with the averages previously collected and with the references I create over time, to be used in the future both as a reference for the league and for a comparison with other colleagues.

I monitor the trends and generally how much the values of the last game differ from the average, and how the trend of volume and intensity varies compared to what I expect. I am aware that every game, based on different variables, requires a specific effort, but comparing the internal load (from RPE) and the external load (from gpexe), I can get a better idea of the overall match performance.

When a player has differences from his average values, we wonder why and how we can have an impact: on one side, because the head coach needs minimal physical standards to accomplish his tactical organization that we must guarantee, on the other, the athlete must remain in his own comfort zone to avoid overloads and injuries. Last year, for example, we noticed that after a particularly intense match in terms of average power and EDI, the subsequent training days showed significantly lower values on these parameters.

“we chose gpexe both for ease of use and convenience. Last but not least, the fact that gpexe is an Italian product, actually from our home region, which could only have contributed to making the choice for our club a lot easier”

4) In what way does the monitoring of the data impact the planning of your work?

Last year I created a database for some exercises therefore, based on the goals we want to achieve in terms of volume and intensity, I can suggest specific types of training. This year, however, taking into account the resources available, I decided to focus on the games because this is the reference model that the staff use as a way to evaluate progress made and plan future targets.

Moreover, thanks to the references on the Serie A published in the gpexe academy section, I am dividing the data collected during the games in 15-minute intervals to see both the general decrease in performance and to identify specific game phases.

5) Do you use the “live” option and for which purpose? 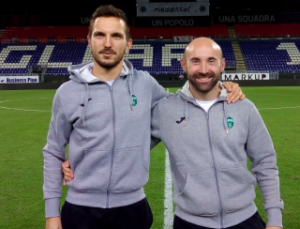 Unfortunately, I don’t use it; but if I had it I would use it to compare my perception and objective data in real-time, as I mentioned before. Paradoxically, I would not really check when an athlete (compared to his individual characteristics and the role) is below the reference value, but especially when he is above. High values can be sometimes considered as an index of inefficiency…

As many coaches claim: “if you are well-positioned, you don’t need to spend a lot”. For example, during the Italian Cup match against FC Inter Milan, my feeling was (of course, visually) that our 100% corresponded to a considerably lower percentage compared to our opponents!

6) Is there any significant data collected, as an example of analysis, that you can share with us?

The use of devices at Pordenone Calcio is oriented to the monitoring of official matches, with the aim of observing the performance of each individual player and the whole team. The data processing allows observing the average players’ performance model by evaluating the reasons associated with trends, positive or negative peaks, such that a critical analysis of the team or individual’s period can be made. After each game the players are shown the data related to their performance, we compare them with their season average values. The parameters observed are the total distance, the average speed, the average metabolic power, the equivalent distance index, the power events, the recovery times between events and the distance between 20 and 35 W/kg and above 35 W/kg.

These values are kept separated for the first halves, the second halves and the whole game. We consider on average all the time the athlete has played for at least 40 minutes per half, and at least 85 minutes total per match. After 10 games we can say we have an individual reference and we use it, by updating it every week, to give an evaluation of the last game. I believe that in the future we will always use this reference when we will decide to use the system during training sessions. The next goal is to divide the game into 15-minute periods to observe the trend in a more analytical way. Below, the average data for 20 official matches carried out during the current season is shown: 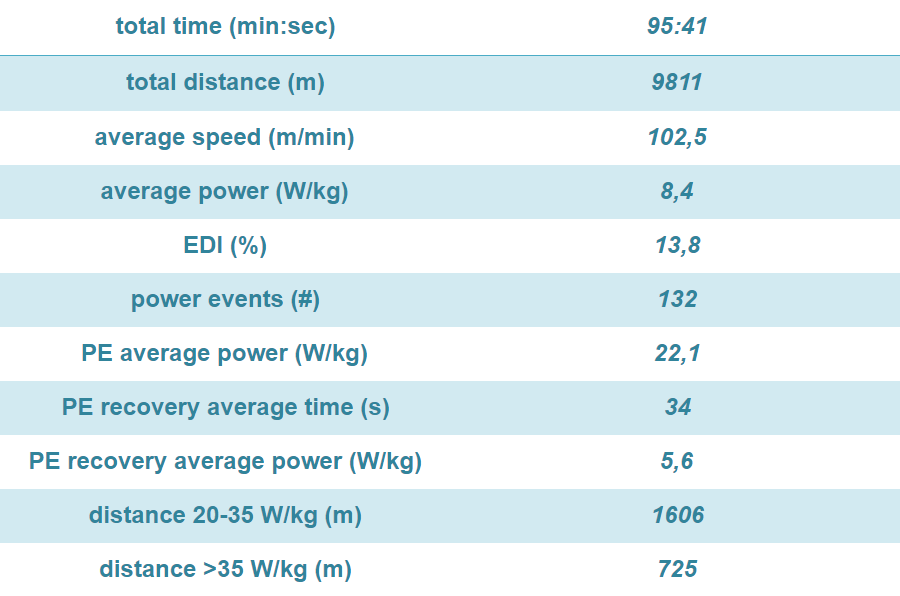 There is a fundamental secondary interaction: the coach asks for my opinion on the performance and based on what emerges for each athlete, role or team, we decide how and how long we need to work. 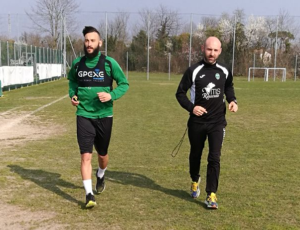 I display the data occasionally because, as I said before, for us the numbers do not determine the quality of the performance, but they are useful to identify a reference for their performance.

Our goal is to find optimal physical performance, based on their characteristics and role and to minimize the risk of injury.

The system is very fast. A few minutes for the vests delivery at the beginning of the training session, and the data transfer at the end.

In the blink of an eye, they are already available on the web app, where I can launch a quick report. After every game, I invest more time to go deeper in the data.

I had tried other systems in the past because they were available at the club, and they were much less accurate. When I had the chance to request a new system, I chose gpexe for several reasons: because in the gpexe team you have prof. di Prampero and Cristian Osgnach which I also had as a lecturer; plus, on the advice of various fitness coaches, including those from Udinese Calcio.

We chose gpexe both for ease of use and convenience. Last but not least, the fact that gpexe is an Italian product, actually from my region, has contributed to making the choice for our club a lot easier!