Towards the end of the last season, before moving to FC Crotone together with coach Giovanni Stroppa, Fabio Allevi and Sergio Mascheroni shared their experience about how they used the gpexe system over the last two years, that has seen Foggia Calcio promoted from the Lega Pro to the Serie B. 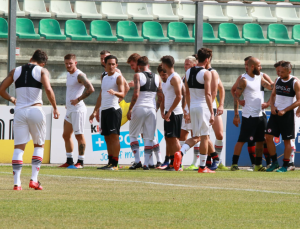 The gpexe system is used daily except for the unloading exercises where the training is a little lighter and shorter than usual. We have 10 devices that we alternate on more players.
We use gpexe because we want to notice the training load and check the performance during the training especially with regard to the tactical-technical exercises, during which giving a training load’s assessment is more difficult.

There are many parameters that can be used and basically they are divided into two parts: the one to communicate with the players, and the one for the staff to plan the work. The first analysis provides an indication about the energy spent by the individual players: we use the active muscle load, the total distance and the distances above a certain speed to determine the high intensity. We have chosen this parameter because we believe it is the most intuitive and easy to understand while interacting with our players.

In the evening, separately, we do another analysis, considering the power events and also the speed peaks that our players reach, such as the number of times that they reach 30 km/hour. On particular types of training, such as ball possession, we also use the number of accelerations and decelerations, for example for an evaluation of the impact of braking. Given the possibility of integrating the system’s track with the heart rate monitor, we also take the heart rate zones into consideration, that is, measuring how long the player stays in certain areas that we have pre-established, with respect to the maximum HR.

3) What kind of feedback do you gain from the parameters of interest?

For situations such as drills without the ball (which we consider to be purely athletic, without the use of the ball, for example, the interspersed drills, etc.) which are easy to evaluate and which are repeated every week, we compare the data of the individual player based on his reference model. This will allow us to see if there are variations over time. Regarding the game, we always prefer to make a comparison with the data collected over time, and always in relation to the individual player.

However, we are aware, and the data we collect proves it, that a lot depends on the variables that come into play, for instance, the type of opponent you meet, if you play 10 against 11, if the opponent defends for 70 minutes, your opponents’ physical condition and, above all, ball possession. So, while the training data remains mostly constant, match data varies a lot, according to the opponent you meet.

“having the opportunity to speak with an expert who can give me information with an immediate intent to solve my problems, is a fundamental added value”

There are targets that mainly identify the first two sessions of the week. These two days are the most delicate to us because we work harder. We provide information to the coach, even in real-time, about which values the individual player must keep during training. However, these indications will influence the coach’s decisions; for example, in some situations he wants to increase the work, or in others he wants to work more on the tactical and didactic level (i.e. defensive phase, ball handling, etc.). 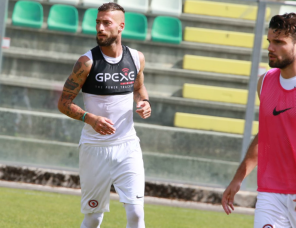 Yes, we do have live and we always use it. Very often we need to illustrate to the players, but especially to the coach what loads are proposed and if you do not have the opportunity to show in real-time the work you are submitting to the player, it can happen that you think you have attained certain intensities and volumes, and only then, after reading the data, you do realize that these objectives have not been achieved.

With real-time, there is the possibility of correcting errors, and therefore modifying, for example, the field measurements, inserting a variable that can increase the intensity of a tactical technical exercise, and then give the information directly to the coach.

In the following example, I reported the data referring to the first half of a friendly midweek played against our Primavera team.

The formation we adopted was 4-3-3 and it is quite evident that the midfielders who occupy the upper part of the graph (green dots) are more involved than defenders and attackers (orange and red dots, respectively).

Although these differences are widely expected, it is still interesting to note that the expression of the speed in the game is independent of the metabolic commitment; in fact, the midfielders are the ones that cover most of the road at low speed (left panel) while two attackers in particular travel more and more high-speed road (right panel).

Finally, one last aspect that we must always consider is that we are often led to judge as “challenging” the performance of those who spent more (ie the points that are at the top of the chart) and with these players have more attention to the recovery.
On the other hand, it is not the case that players who have sustained a high muscular load (shown in the graph as an eccentric index by means of the size of the bullet) are not equally attentive. In this regard, it is useful to underline how the greatest muscle load was sustained by a defender and an attacker occupying the lower part of the graph. Even for these players, for reasons other than total energy expenditure, attention to recovery must be maximum. This representation allows us to identify all critical situations and to intervene where necessary. 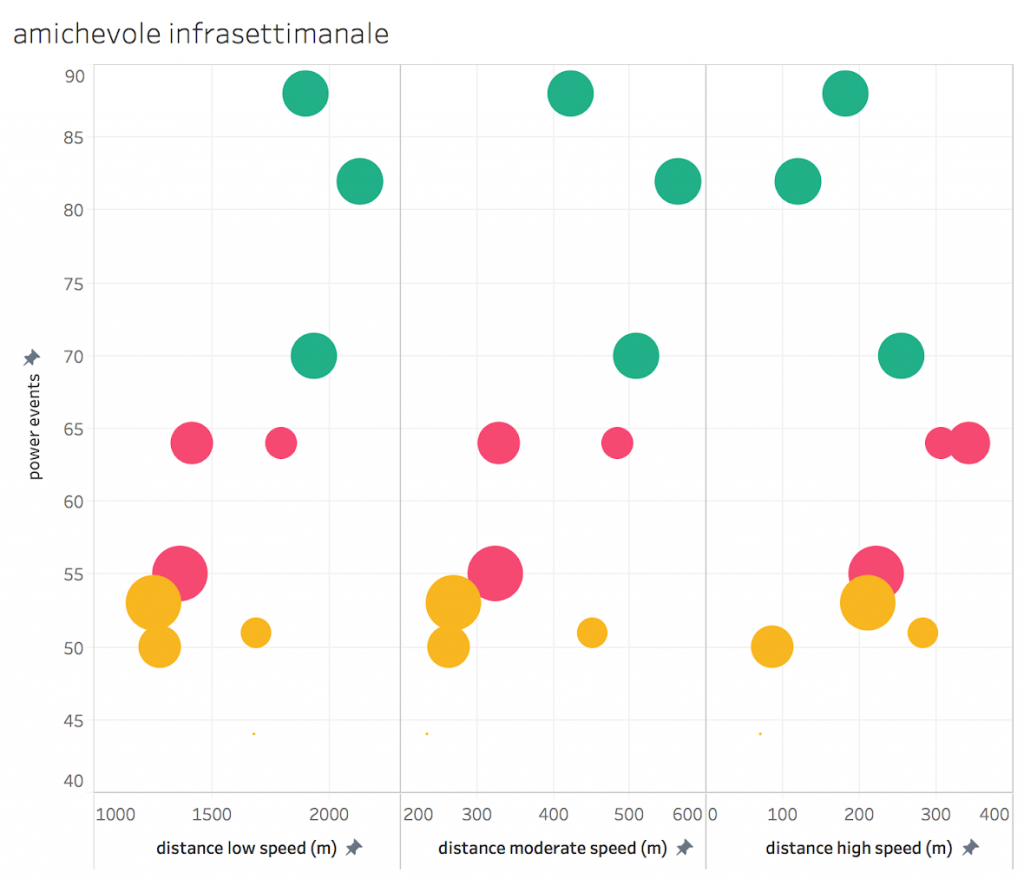 The coach always displays all the session’s data in a PDF report at the end of the session; then we make a final briefing and all the technical staff who have access to the data with me and my colleague Sergio Mascheroni are available for any kind of clarification and explanation. 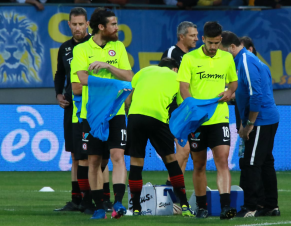 I consider it very useful because it creates a kind of curiosity and competitiveness both from the team and personal, aimed at improving its performance. I think this last aspect depends very much on the group you are working with, which in our case is a very tight-knit team, cohesive and open to change, and I assure you that making the players participate in the work done, also increases their professionalism.  The performance of the individual player improves and consequently, those of the whole team does.

The operational part takes a really little time: every player knows which his vest and his device are, and then does everything himself. The staff managed this procedure at the beginning.

Data download takes less than 5 minutes. For the data analysis, based on what we want to get, we need from 30 to a maximum of 40 minutes a day.

Yes, I have known and used other systems, but in the end, I chose gpexe mainly because of its quality and its accuracy, secondly because of its ease and speed of use (operational and data analysis). One thing that I did not know before choosing the system, and that makes the difference for me, is the Exelio team’s complete willingness to interact with us on any problems to be solved, doubts and curiosities, that, according to my experience, is not always obvious.

Having the opportunity to speak with an expert who can give me information and is immediately careful to solve my problems is a fundamental added value.