After the experience with the Albanian national team, the promotion to the Lega Pro with the Triestina Calcio and after having missed the play-off by a whisker, the trainer Luca Bossi shared his experience with gpexe, not only in terms of monitoring the athletic performance but also regarding experimentation, looking for correlations between technical and physical aspects of the match. 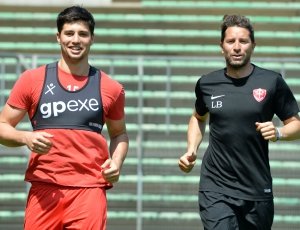 I use the gpexe during every session and in all the matches: home, away, cup and friendly games, except during training on the day before the match, so about 5/6 times per week.

During the week to monitor training workloads and during games to analyze, in particular, if there are large swings on the performance peaks.

It’s important for me to give both the coach and the players that request it, numbers that are intuitively easy to understand and that can be a reference for performance both on the volumes and on intensities.

There are 3 parameters: total distance, average power, number of power events. As for my analysis, I use all your default parameters, especially power events.

I compare game with game, the players are divided by role and I make comparisons between the wings.

During training, I use gpexe to evaluate workloads. If I find big differences, then I investigate why this could have happened.

“my goal is to create targets. I know the load expected for each day and we try to stick with that”

My goal is to create targets. I know the load expected for each day and we try to stick with that.

If during a session the load is too intense or too light compared to the work done previously, I talk with the coach to calibrate the following days. 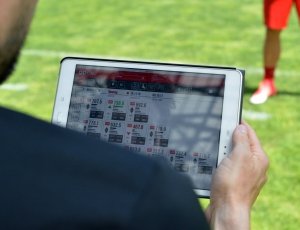 For the moment we do not have live, but I had the chance to use it with the Albanian national team. In our specific case, we had set individual energy expenditure targets, and in real time we were able to verify player by player if the goal was achieved.

I also see the great potential for use in the game where you could check the parameters at 5 minutes intervals in order to understand, based on the trend of his performance, when a player may have reached its limit.

I collected the match data taking into consideration only those having a very good GPS signal (on some occasions, the type of stadium conditioned the quality of reception). I tried to understand if there was any relationship between the physical data (distance traveled, average metabolic power and number of power events) and some technical data (match result, time of possession, average center of gravity of the team, shots made and shots taken). Often in commenting the game, it happened to me that the physical data were commented taking for granted that “… if I made a lot of possession then I have traveled a lot …”, or that “… if I have produced a high power then I kept the team’s center of gravity high … “.

In the chart below I have tried to summarize some of these quantities to highlight that it is really difficult to find systematic relationships:

In short, it was always more advantageous to look for feedback in the physical data behind a precise request or curiosity of the coach and comment on the match data with him!

In addition to providing the data I have indicated in the second question, I combine 3 physical parameters with 4 technical parameters.

Then, with the coach, we try to find a correlation between the result and physical performance. 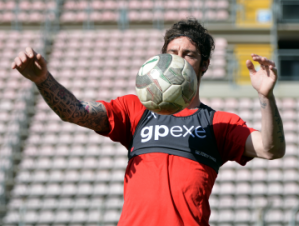 All players receive a daily report with the 3 parameters previously mentioned.

To those who request it, I give access to the web app, so that they can keep an eye on their own data. If any of these data seems to be inconsistent, we discuss them together.

I have a device for each player and it takes:

I had no experience with other GPS and I chose gpexe simply because I’ve heard great things about it and I knew the work done by Cristian Osgnach.